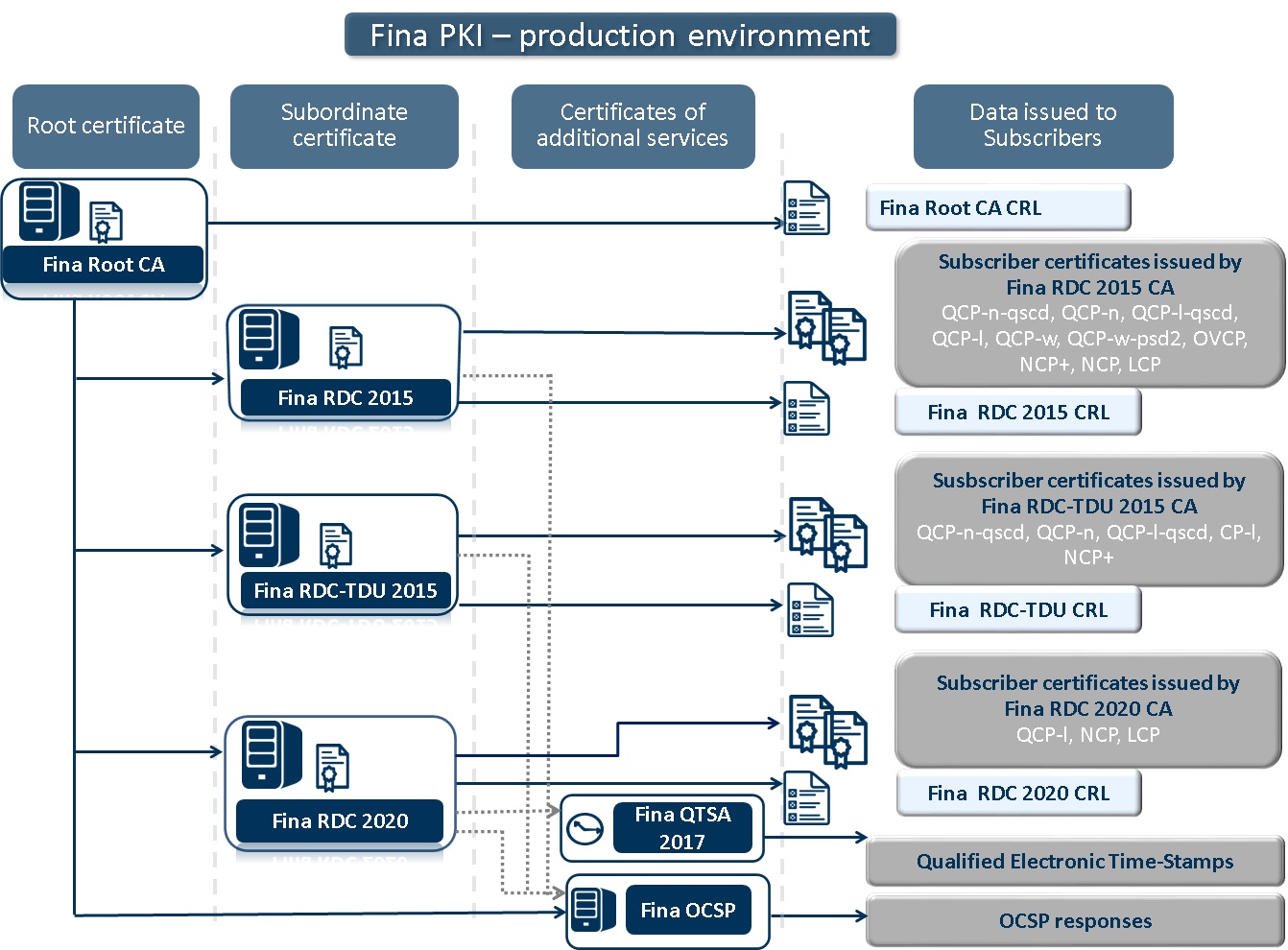 Fina RDC 2015 CA and Fina RDC 2020, depending on the type of certificate, issue qualified, normalized and lightweight certificates for:

Fina Root CA has issued and signed the certificates for the Fina RDC 2015 Fina, RDC 2020 and Fina RDC-TDU 2015 Subordinate CAs.

The SHA-256, RSA algorithm is used to compute hash value for signing certificates, CRLs and Time-Stamps.

The lengths of cryptographic RSA key pairs used are as follows:

All of Fina's production certificates and CAs` practices are described in the documents on the page "Legislation, Documents and Conformance Certificates".

Authorized users who register for the service with Fina's digital certificate have the opportunity to use the Fina QTSA 2017 service.

Fina QTSA 2017 complies with the eIDAS regulation and supports the requirements of client applications for the issuance of electronic time stamps in accordance with ETSI EN 319 422 and IETF recommendation RFC 3161.

The documentation of Fina's systems for performing the services of issuing qualified time stamps can be found here.